The Cassidy family have been importing wines from across the globe since 1977. Still family owned and managed Cassidys Wines supply premier, award winning wines to hotels and restaurants from their state-of-the-art warehousing facility in Dublin. With over 30 in the company now Cassidys are renowned for their knowledge and passion for good wine!

Cassidy’s initially approached HCS for the purposes of consultancy, wanting an outside view of their current IT systems and a roadmap for the future. We consulted with them to determine where they were coming from and what their needs were with regards to their IT systems.

Cassidys were at something of a crossroads, needing to make a decision about whether to move some or all elements of their IT to the cloud. This was partly made difficult because the majority of their costs were surrounding on-prem support and security, and simply moving their LOB application to an SAAS model was not going to change that.

We started with an audit of all systems and some follow-up conversations to make sure that, going forward, we knew everything we needed to. We compiled a spreadsheet for Cassidy’s displaying all their options around cloud migration, containing all upfront and ongoing costs, including managed services. Armed with this knowledge, Cassidy’s could make the decision to work with their ERP software provider to migrate their systems to a Cloud SAAS model, knowing that costs could be reduced significantly for their on-prem systems.

Once the ERP system was migrated over, this removed much of the unneeded complexity from the on-prem systems. Aside from this system, there was a file server with approximately 500Gb of data. We set about determining whether this would work well as a shared library or libraries in SharePoint. Once that data was moved to Azure, we could then simply streamline the on-prem systems even further and remove the domain controllers. We recommended Microsoft 365 Business Premium with Azure AD Premium and Microsoft Intune components to carry out the functions which were previously managed by the domain controller.

Once this project was completed, Cassidy’s systems had been totally transformed. They no longer had any servers on prem and instead they were experiencing the value of Microsoft subscriptions. Now it is a simple case of Gaina supplying and supporting their ERP software with SAAS, and HCS supplying and supporting Microsoft’s Public Cloud solutions.

HCS’s recommendation to migrate systems to Microsoft Azure and Sharepoint has given us an agile and flexible platform to continue to grow our business into the future.

Talk to us now about how we can tailor our solutions to your challenges. 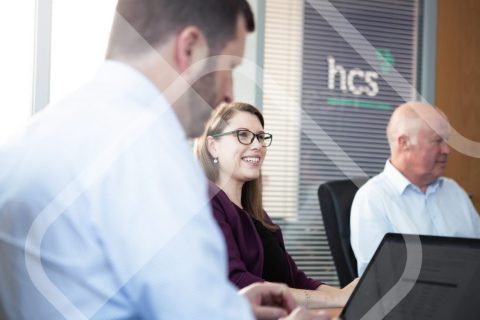 Blog: Move to the Cloud for Long Term Success